Although Newark Airport EWR is in New Jersey, it is still considered a New York City airport. EWR is roughly the same distance from Manhattan as John F. Kennedy International Airport (JFK). However, if your destination is New York City (NYC), there is one big obstacle between Newark and the Big Apple – the Hudson River! Thus, unless you can afford helicopter service, NYC-bound travelers must cross the Hudson using one of the few tunnels or bridges.

If traveling by car or bus, the tunnels and bridges are bottlenecks, and using them during high traffic hours can add a lot of time to the journey. There are also tolls crossing back and forth into the city, and those are not cheap, usually ranging from $15 to $17 each way.

There are also options for subway and train services into the city, but these tend to be time-consuming and the routes can be confusing, especially for new visitors after a long flight. Multiple transfers are required, and to make it even more confusing, the stops in New Jersey and Manhattan are both called Penn Station. The cost is reasonable, though, and you can make the trip for about $15 each way. Check out the NJ Transit website for details.

Many people heading in or out of New York City use Newark International Airport because the airfare is often less expensive than JFK or LaGuardia (LGA). When booking travel to NYC, consider the tolls and extra travel time to the city before choosing to fly into Newark Airport EWR, especially if arriving or departing during rush hour.

Although New Yorkers often think of their city as the center of the known universe, there are also many great and worthwhile destinations on the New Jersey side of the Hudson River. This guide provides information for travelers heading anywhere in the Newark/New York City metropolitan area.

Newark International Airport has three terminals (A, B, and C) arranged in a semi-circle, each an independent four-level structure. You can check flight status, reserve parking, check TSA security wait times, and get other critical information on the EWR airport website.

The AirTrain Monorail is easy to use and connects the terminals, parking lots, rental car facilities, and hotel shuttles. AirTrain is free to use around the airport complex, runs 24 hours a day, 365 days a year, and has trains every three minutes during peak times.

AirTrain also stops at the Newark Liberty International Airport Station, where travelers can connect to Amtrak and NJ Transit. You will need a ticket to travel on AirTrain outside the airport complex, although the ride is free if you have an Amtrak ticket in hand.

United Airlines is far and away the biggest carrier at EWR and uses the airport as one of its main hubs. It occupies all of Terminal C but also operates out of Terminals A and B.

Given the congestion on Newark/NYC area roads and the complexities of navigating the maze of streets, highways, bridges, and tunnels, private car service in EWR makes a lot of sense for the weary traveler after a long flight. Having a trained, knowledgeable, professional chauffeur reduces stress and simplifies getting from the airport to your final destination. Plus, having a car waiting for you right when you leave the airport is a great and easy way to embark on the last leg of your journey.

EWR car service is not just for business travelers. It is commonly used by tourists and locals, too! Black car service can be surprisingly reasonable and comparable to rideshare services like Lyft or Uber. A one-way fare to Manhattan can cost less than $50 before adding the tip. Ideally, you should reserve car service at least a couple of days before your flight, but last-minute reservations are also often possible. Visit the Jayride website to compare EWR town car services and other options, and remember to book a return car service to EWR after your visit.

The Newark Airport Express shuttle bus is probably the cheapest of the shuttles from EWR airport to Manhattan. Many frequent travelers claim that it’s also the fastest. The shuttle will drop you off at Penn Station, which is one subway stop or a 12-minute walk from Times Square. It costs $18 one-way or $30 round-trip. Airlink NYC also provides a 24-hour EWR airport shuttle service. It costs about twice as much, but the vans are nicer and they will take you directly to your destination.

Use ETS Air Shuttle or All County Express to catch an EWR airport shuttle to or from JFK or LaGuardia. Fares run around $35 per passenger.

Taxis pick up in front of all three airport terminals. EWR to Manhattan’s fares will run from $70 to $100. Note that bridge and tolls are added to your fare, and there are also surcharges based on the time of day.

If someone approaches you inside the terminal and offers transportation or assistance, beware that they are probably unlicensed, uninsured, and operating illegally.

Uber and Lyft both operate at EWR. Dropoffs are on the departures level of each terminal alongside taxis and regular passenger vehicles. If arriving at EWR, rideshare airport pick-ups are on the arrivals level on the curb closest to the building. Follow the signs for “Baggage Claim” and “Ground Transportation.” The cost is comparable to that of a taxi.

With over 13 million annual visitors, the Big Apple consistently ranks as one of the top 10 tourist destinations in the world. See Jayride’s Ultimate Guide to New York City/JFK Airport for details on our list of the top seven NYC attractions. They include Times Square, Central Park, Rockefeller Center, the Broadway Theater District, the Empire State Building, the 9/11 Memorial and Museum, and the city’s world-famous food scene.

Of course, any top seven, top 10, or ‘top whatever’ list covering New York City will skip some fantastic attractions. Some other Jayride favorites include Bryant Park, the Circle Line, the Metropolitan Museum of Art, the American Museum of Natural History, the Brooklyn Bridge, and Lincoln Center.

Liberty State Park, the Statue of Liberty, and Ellis Island

Ferries from New Jersey depart from Liberty State Park, a short 10 miles (16 km) from EWR. The park yields excellent views of the Statue of Liberty and the New York City skyline, so simply visiting the park on a long layover at EWR can be a fun experience. The park has other attractions, including biking, water sports, the Liberty Science Center, and Empty Sky, a 9/11 Memorial that pays tribute to the New Jersey residents who died that tragic day.

At least 15 ferries sail from Liberty State Park every day of the year except for Christmas (December 25) and Thanksgiving (the fourth Thursday in November). If you happen to be on the New York side, ferries leave from Battery Park on the west side of the southern tip of Manhattan. Statue City Cruises is the only company offering passenger ferry service to both the Statue of Liberty and Ellis Island.

If you go to Liberty Island, you can do much more than get close-up views of the statue. Free self-paced audio tours are available in multiple languages. Great views of Manhattan, Staten Island, Brooklyn, and New Jersey can be had from the pedestal (reservations required). There is a museum to explore at no additional fee, and you can even climb the statue’s 154 stairs to the crown (reservations also required).

If you go to Ellis Island, the arrival point for over 12 million immigrants who arrived in NYC between 1892 and 1954, there are several options for taking a tour. The audio tour mentioned above in the section on visiting Liberty Island also covers Ellis Island. A free 45-minute ranger-guided tour is offered hourly, and a free ferry building tour is offered Tuesdays, Thursdays, Fridays, and some weekends.

The Newark Museum of Art is New Jersey’s largest museum. The complex has over 20 galleries, a planetarium, an auditorium, a sculpture garden, a café, and a gift shop. It houses an expansive collection of art from the US and across the Americas, Asia, and Africa. Its Tibetan galleries are a main attraction. Besides art, the museum is also dedicated to the natural sciences. At the Dreyfuss Planetarium, audiences can travel through our solar system, explore constellations, and visit distant galaxies. At the Victoria Hall of Science, visitors can view selections of the museum’s natural science collection, which numbers over 70,000 pieces.

Ajira displays work by emerging visual artists. Part of its mission is to promote cross-cultural dialog, foster a public understanding and support of the visual arts, and bridge cultural and ethnic divides.

The Thomas Edison National Historical Park is dedicated to preserving the work and life of one of America’s most famous inventors. Here, Edison’s machines and instruments are displayed as they would have been used in the 1890s.

New Jersey is known for such iconic American foods as hoagies, hot dogs, pork rolls, and salt water taffy. In Newark, you can get regional specialty hot dogs such as the Italian Hot Dog, Rippers, and the Texas Wiener; the dogs are fried in oil and served with delicious toppings. Seafood is also popular here, especially mussels, oysters, scallops, crabs, and lobster. Newark, with its proximity to the culinary scene of New York City, now boasts its own renowned food scene. According to Forbes, five of the best restaurants in Newark include Blueprint Café, Smitty & Mo’s, Marcus B&P, Dutch’s Gastropub, and Fornos of Spain.

Whether you’re going for a quick visit to Liberty State Park during a layover at EWR, or visiting the New York/New Jersey area for business or pleasure, use Jayride to compare transportation options and costs, and then book your ride. We’ve got you covered for all EWR airport transportation, including EWR airport car service, EWR airport shuttles, EWR airport limo service, and EWR town car services. Our goal is to connect you with top-notch airport transfers at affordable prices. To make your journey as smooth as possible, we recommend making an advanced reservation whenever possible.

10 Cool Things To Do In Austin 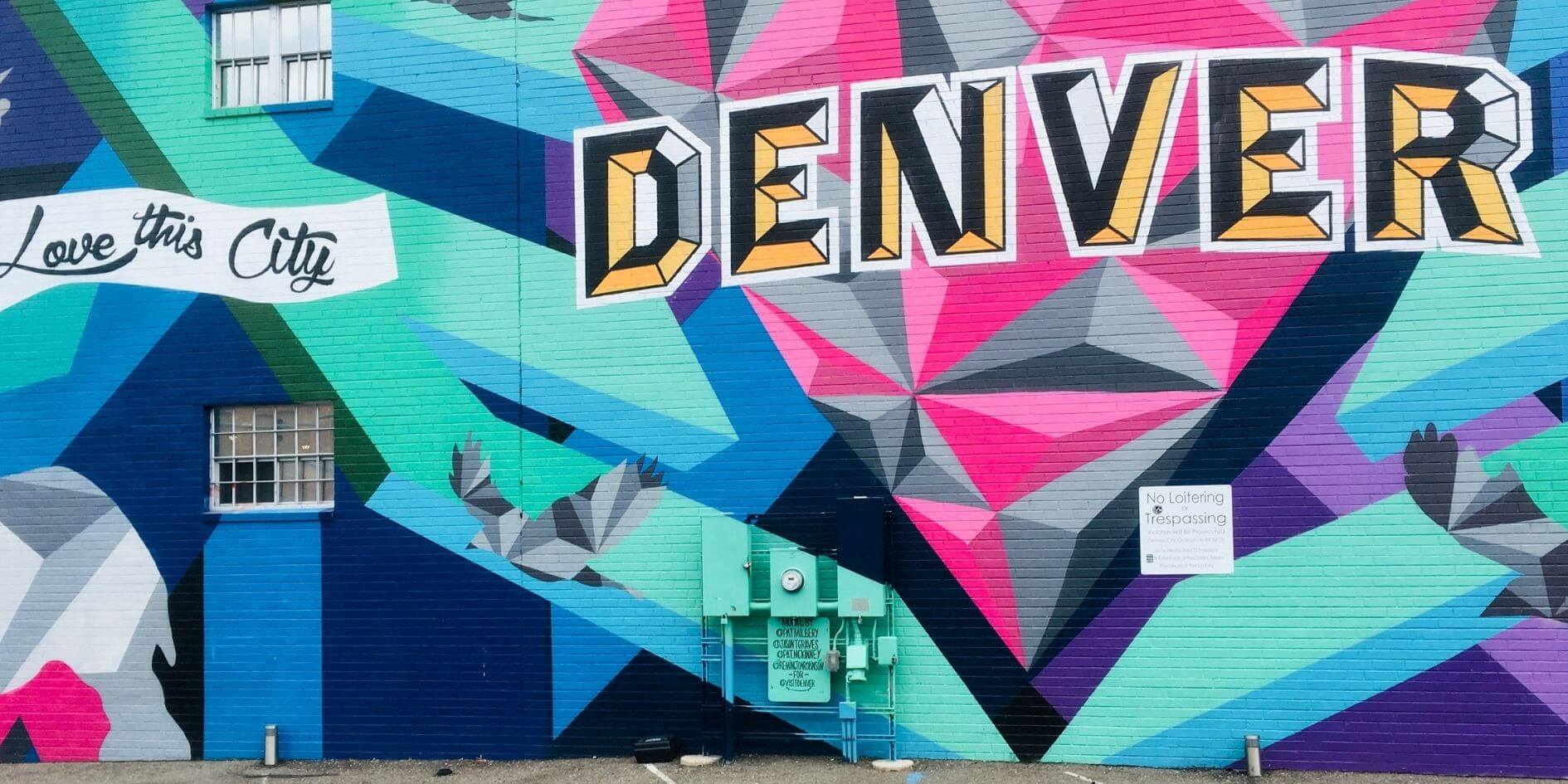